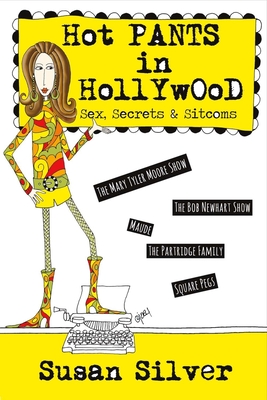 From another Midwest town, Milwaukee, with all of its values and normalcy, Susan went on to
fame and fortune in Hollywood, writing for a Minneapolis woman, Mary Tyler Moore.She then re- invented herself in various prominent arenas in New York. Along the way, she wrote the
"Search for Mr. Adequate" her well received dating column, and had many romantic adventures,
loves and loss and she's "still here." Though her story is unique, her life is relatable to all women,
Baby Boomers dealing with divorce, elderly parents, or young women of today still fighting their way to be accepted in a man's world.


Born in Milwaukee, Wisconsin, trailblazing comedy writer and cultural commentator Susan Silver has written for The Mary Tyler Moore Show, The Bob Newhart Show, Maude, The Partridge Family and Square Pegs. She has appeared on CNN, HLN, Good Day NY and Today, and has written for The New York Times and Refinery 29. Susan attended Northwestern University and graduated from UCLA, and has taught comedy at the Television Academy, and New School as well as lectured at the Paley Center, SCAD, and Brandeis University. Her new memoir, Hot Pants in Hollywood: Sex, Secrets and Sitcoms (will be published in Spring 2017. She lives in New York City.