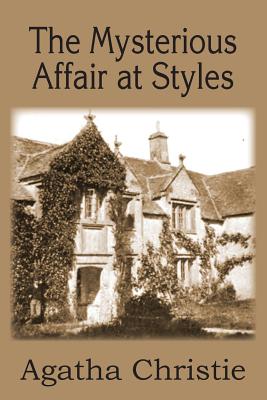 Agatha Christie's The Mysterious Affair at Styles is the first appearance of Hercule Poirot. In the midst of World War I, the residents of Styles wake one morning to find Emily Inglethorpe has been fatally poisoned. Captain Hastings, staying with the family, enlists the help of his old friend, Belgian detective Hercule Poirot. With the evidence mounting against one member of the family, Poirot uses his unique deductive technique to prove who really killed Emily. Dame Agatha Mary Clarissa Christie was an English crime novelist and playwright. She also wrote six romances under the name Mary Westmacott, but is best known for the detective novels and 14 short story collections she wrote under her own name, most of which revolve around the investigations of such characters as Hercule Poirot, Miss Jane Marple and Tommy and Tuppence.