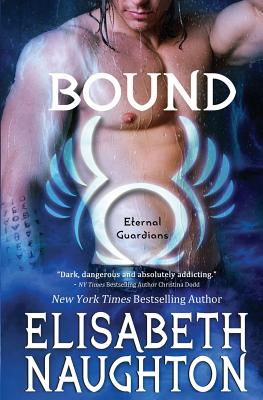 TITUS-To most his gift seems like a blessing, but for him it's a curse the other Eternal Guardians-those who protect the mortal realm from threats of the Underworld-seek to exploit. One he would gladly trade for the chance to be free... Obsessed. Her touch is like a drug. From the moment he met her, Titus knew she was different. Even dangerous. Yet though his guardian brethren are convinced Natasa is working for Hades, Titus can't stop thinking about her. Can't stop fantasizing about her. Can't stop craving the one thing he knows could lead to the downfall of his world. Possessed. Faced with stopping Natasa or joining in her quest, Titus falls to temptation and is thrust into a world of lust, deception, and deadly treachery designed by the gods. Her touch-only hers-frees him from his bonds, but desire may just condemn him. Because before the end he'll have to decide which is more important: duty and honor to those he took an oath to defend, or a woman who could very well be the biggest curse to them all.

Bestselling Author Elisabeth Naughton writes full time from her home in western Oregon where she lives with her husband and three children. Her books have appeared on every major bestsellers list, including the New York Times, the USA Today, the Wall Street Journal, Digital Book World and IndieReader, and have been nominated for numerous awards such as the prestigious RITA(R) awards by Romance Writers of America, the Australian Romance Reader Awards, The Golden Leaf and the Golden Heart. When not writing, Elisabeth can be found running, hanging out at the ballpark or dreaming up new and exciting adventures. Visit her website at www.ElisabethNaughton.com to learn more about her books.
Loading...
or support indie stores by buying on