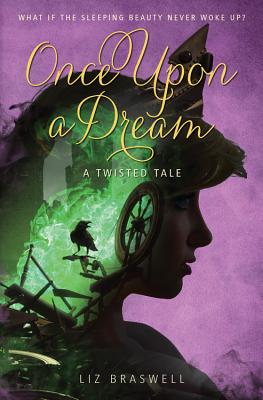 Once Upon a Dream

The 2nd installment in the New York Times best-selling A TWISTED TALE series asks: What if the sleeping beauty never woke up?
It should be simple--a dragon defeated, a slumbering princess in a castle, a prince poised to wake her. But when the prince falls asleep as his lips touch the fair maiden''s, it is clear that this fairy tale is far from over.
With a desperate fairy''s last curse controlling her mind, Princess Aurora must escape from a different castle of thorns and navigate a dangerously magical landscape--created from her very own dreams. Aurora isn''t alone--a charming prince is eager to join her quest, and old friends offer their help. But as Maleficent''s agents follow her every move, Aurora struggles to discover who her true allies are and, moreover, who she truly is. Time is running out. Will the sleeping beauty be able to wake herself up?
For more twisted adventures, try the other books in the A TWISTED TALE series:

After the sort of introverted childhood you would expect from a writer, Liz earned a degree in Egyptology at Brown University and then promptly spent the next ten years producing video games. Finally she caved into fate and wrote Snow and Rx under the name Tracy Lynn, followed by The Nine Lives of Chloe King series under her real name, because by then the assassins hunting her were all dead. She also wrote A Whole New World, the first book in the new A Twisted Tale series. She lives in Brooklyn with a husband, two children, a cat, a part-time dog, three fish and five coffee trees she insists will start producing beans any day. You can email her at me@lizbraswell.com or tweet @LizBraswell.
Loading...
or
Not Currently Available for Direct Purchase