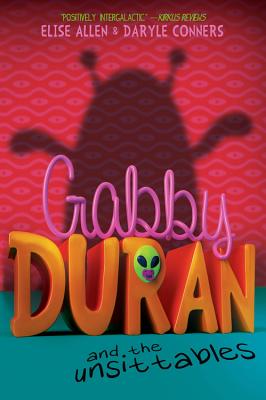 Gabby Duran and the Unsittables

Emmy-nominated writer and "New York Times" best-selling author Elise Allen made a name for herself with her acclaimed young adult novel "Populazzi," and the Jim Henson's Enchanted Sisters chapter books. She also co-wrote Hilary Duff's best-selling Elixir series and Bella Thorne's new series, Autumn Falls. In television, she has written for talent ranging from Madeline Kahn to Kermit the Frog and is currently writing for the new Disney Junior show "The Lion Guard." Her dog may or may not secretly be from another planet. You can find her online at www.eliseallen.com or on Twitter @EliseLAllen.

Daryle Conners is an award-winning writer, filmmaker, and video game designer. She writes joke and riddle books and has designed many game titles for the PC and iPhone/iPad, including "Harry Potter and the Sorcerer's Stone"; "Scene It? Harry Potter"; "Hot Wheels Slot Car Racers"; and "Scene It? Twilight Saga." Her nonfiction books include "Lunchtime LOLZ"; "Nintendo DS Hot Tips"; "ROFLs"; "Video Game Secrets"; and "Monster High Howlers." Daryle lives in Seattle, where she still babysits from time to time. You can follow her on Twitter @Darylec.
Loading...
or
Not Currently Available for Direct Purchase