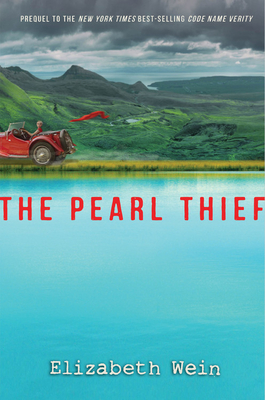 When fifteen-year-old Julia Beaufort-Stuart wakes up in the hospital, she knows the lazy summer break she'd imagined won't be exactly what she anticipated. And once she returns to her grandfather's estate, a bit banged up but alive, she begins to realize that her injury might not have been an accident. One of her family's employees is missing, and he disappeared on the very same day she landed in the hospital.

Desperate to figure out what happened, she befriends Euan McEwen, the Scottish Traveler boy who found her when she was injured, and his standoffish sister, Ellen. As Julie grows closer to this family, she witnesses firsthand some of the prejudices they've grown used to-a stark contrast to her own upbringing-and finds herself exploring thrilling new experiences that have nothing to do with a missing-person investigation.

Her memory of that day returns to her in pieces, and when a body is discovered, her new friends are caught in the crosshairs of long-held biases about Travelers. Julie must get to the bottom of the mystery in order to keep them from being framed for the crime.

This exhilarating coming-of-age story, a prequel to the Printz Honor Book Code Name Verity, returns to a beloved character just before she first takes flight.

Praise For The Pearl Thief…

* "Each thread of this novel is exquisitely woven"—Publishers Weekly, starred review

* "Another ripping yarn from a brilliant author."—Kirkus Reviews, starred review

* "A must for Verity fans and a good read for those who enjoy mystery with a touch of romance."—School Library Journal, starred review

* "Verity fans will find this irresistible and return to a reread of that title with this new backstory in mind, while fans of period drama . . . will appreciate this as an absorbing read that leads them inexorably to the next book."—Bulletin of the Center for Children's Books, starred review

"The Pearl Thief stands alone as a diverting piece of historical fiction/mystery but takes on extra poignancy for those aware of Julie's eventual fate."—Horn Book

"The rich details of the prewar time period, the intriguing history of Scottish river pearls, and the glimpse into the social dynamics between Scottish Travellers and the landed gentry of Scotland make for fascinating reading, but the real treat is reading another chapter in the story of Julie. Give this to fans of the first book, as well as historical fiction buffs."—VOYA

*"[An] innovative spy tale built to be savored."—Bulletin of the Center for Children's Books, starred review

*"[A] taut, riveting thriller. Readers will be left gasping for the finish, desperate to know how it ends."—School Library Journal, starred review

* "If you pick up this book, it will be some time before you put your dog-eared, tear-stained copy back down."—Booklist, starred review

"Rose Under Fire is bound to soar into the promised land of young adult books read by actual adults-and deservedly so, because Wein's unself-consciously important story is timeless, ageless and triumphant."—The Los Angeles Times

* "Like Em and Teo's tangled history, Ethiopia's is an intricate crosshatch of tradition, progress, conflict, and rich heritage, and Wein gracefully pilots both piercing stories, highlighting the unique circumstances of Ethiopia in the 1930s and the ubiquitous experience of two teens trying to find their places in the world."—Booklist, starred review

* "Wein does again what she did so beautifully in Code Name Verity (2012) and Rose Under Fire (2013): She plaits together the historical record, her passion for flying and ferociously vivid characters to create a heartbreaking adventure that grounds readers in the moment even as geopolitical complexity threatens to knock them off their feet. . . . Unforgettable."—Kirkus Reviews, starred review