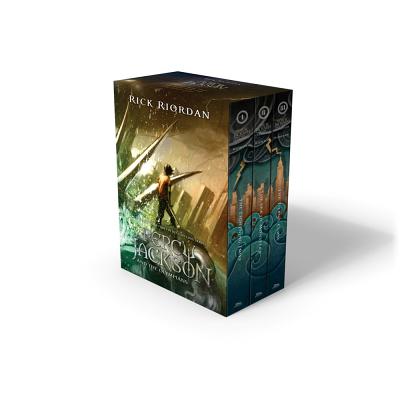 PRAISE FOR THE LIGHTNING THIEF

PRAISE FOR THE SEA OF MONSTERS

* "In a feat worthy of his heroic subjects, Riordan crafts a sequel stronger than his compelling debut."—Publishers Weekly (starred review)

PRAISE FOR THE TITAN'S CURSE

"All in all, a winner of Olympic proportions."—School Library Journal

Rick Riordan (www.rickriordan.com) is the author of the # 1 New York Times best-selling Percy Jackson and the Olympians series, as well as the #1 best-selling The Heroes of Olympus series, and The Kane Chronicles series. His previous novels for adults include the hugely popular Tres Navarre series, winner of the top three awards in the mystery genre. He lives in Boston, Massachusetts with his wife and two sons.
Loading...
or
Not Currently Available for Direct Purchase