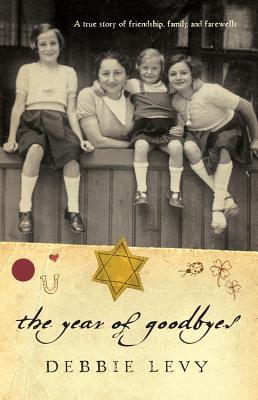 The Year of Goodbyes (Paperback)

A true story of friendship, family and farewells

Debbie Levy's (www.debbielevybooks.com) article for The Washington Post about her mother's escape from Nazi Germany led to a reunion between Jutta and former classmates from Hamburg. Debbie wrote The Year of Goodbyes in consultation with her mother to reflect Jutta's voice, feelings, and thoughts as a girl. Debbie lives in Maryland, and is the author of a number of other books for young readers, including We Shall Overcome, illustrated by Vanessa Brantley-Newton.

Praise For The Year of Goodbyes: A true story of friendship, family and farewells…

* "Artfully weaving together her mother's poesiealbum (autograph/poetry album), diary, and her own verse, Levy crafts a poignant portrait of her Jewish mother's life in 1938 Nazi Germany that crackles with adolescent vitality."—Publishers Weekly, starred review

"This would work effectively as an introductory class readaloud to the era, and it would appeal to readers who
like their friendship tales grounded in history and truth."—Bulletin of the Center for Children's Books
or
Not Currently Available for Direct Purchase
Copyright © 2020 American Booksellers Association