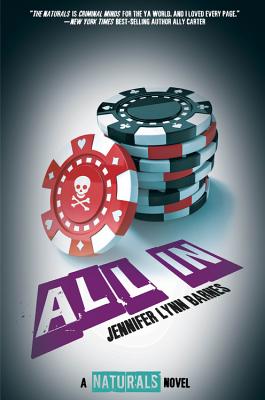 After a string of brutal murders in Las Vegas, Cassie Hobbes and the Naturals are called in to investigate. But even with the team's unique profiling talents, these murders seem baffling: unlike many serial killers, this one uses different methods every time. All of the victims were killed in public, yet the killer does not show up on any security feed. And each victim has a string of numbers tattooed on their wrist. Hidden in the numbers is a code-and the closer the Naturals come to unraveling the mystery, the more perilous the case becomes.

Meanwhile, Cassie is dealing with an equally dangerous and much more painful mystery. For the first time in years, there's been a break in her mother's case. As personal issues and tensions between the team mount, Cassie and the Naturals will be faced with impossible odds-and impossible choices.

* "[A] tightly paced suspense novel that will keep readers up until the wee hours to finish."—VOYA (starred review)

"It's a stay-up-late-to-finish kind of book, and it doesn't disappoint."—Publishers Weekly