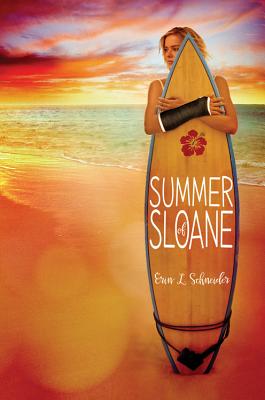 
Praise For Summer of Sloane…

"Through Sloane and everyone who orbits her, Schneider examines betrayal from many angles, as well as the myriad ways that people hurt one another and how one teenager moves forward to see new romance and hope in her future."—Publishers Weekly

"What distinguishes this romance from a standard-issue beach read is its likable main character.... Schneider's debut asks readers to consider how and where to draw the line between forgivable and inexcusable transgressions in those we love."—Kirkus Reviews

Erin L. Schneider is a native of the Pacific Northwest, attended college in Honolulu, and--although Hawaiian--should never be allowed on a surfboard. With more than twenty years in corporate merchandising, she's now a full-time writer living in Seattle with her husband, Neal; their baby boy, Kellan; a rowdy German shepherd named Ronin; and two crazy cats, Ono and Poke. She's a member of both the Pacific Northwest Writers Association and SCBWI, and is also co-founder of the YA Buccaneers (yabuccaneers.com). Summer of Sloane is her debut novel. Visit Erin online at erinlschneider.com or on Twitter @ErinLSchneider1.
Loading...
or
Not Currently Available for Direct Purchase