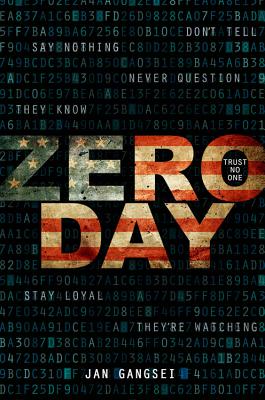 Eight years ago, Addie Webster was the victim of the most notorious kidnapping of the decade. Addie vanished—and her high-profile parents were forced to move on.

Mark Webster is now president of the United States, fighting to keep the Oval Office after a tumultuous first term. Then the unthinkable happens: the president’s daughter resurfaces. Addie is brought back into her family’s fold... but who is this sixteen-year-old girl with a quiet, burning intelligence now living in the White House? There are those in the administration who find her timely return suspicious.

When a national security advisor approaches Darrow Fergusson, Addie’s childhood best friend and the son of the president’s chief of staff, he doesn't know what to think. How could the girl he's missed for all these years be a threat to the United States? Still, at the risk of having his own secrets exposed, Darrow agrees to spy on Addie.

He soon realizes that his old friend is much more than the traumatized victim of a sick political fringe group. Addie has come home with a mission...but will she choose to complete it?

"Gangsei's debut clearly benefits from her Washington, D.C. experience; although settings and time periods shift frequently, it's always easy to follow the swift-paced plot... There are refreshing multi-cultural elements... realistic instances of terrorism, and what feels like an insider's look at the White House."—<EM>Booklist</EM>

"The real draw is the gripping intrigue, elements of which remain unresolved at the end, so readers who enjoy an edge-of-the-seat read with a real-world feel and human complexities can happily anticipate future adventures for Addie and Darrow."—<em>BCCB</em>

"This thriller doesn't let up its unrelenting pace until the breathless conclusion... The writing is complex enough to satisfy more sophisticated YA readers yet fast-paced enough to keep the attention of reluctant readers... Gangsei's killer political novel is a must-read for those who enjoy a tight plot in their psychological thrillers." —<em>School Library Journal</em>

Jan Gangsei lives in Washington, D.C. with her family. She has a degree in political science and is a former newspaper reporter covering both politics and the police beat. Zero Day is her first novel.
Loading...
or
Not Currently Available for Direct Purchase