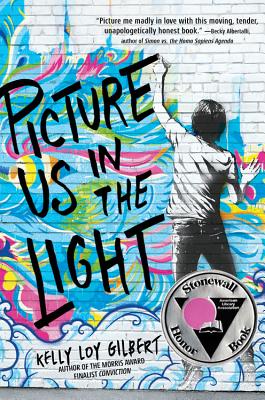 Picture Us In The Light

"Picture me madly in love with this moving, tender, unapologetically honest book."—Becky Albertalli, #1 best-selling author of Simon Vs. the Homo Sapiens Agenda

Danny Cheng has always known his parents have secrets. But when he discovers a taped-up box in his father's closet filled with old letters and a file on a powerful Bay Area family, he realizes there's much more to his family's past than he ever imagined.

Danny has been an artist for as long as he can remember and it seems his path is set, with a scholarship to RISD and his family's blessing to pursue the career he's always dreamed of. Still, contemplating a future without his best friend, Harry Wong, by his side makes Danny feel a panic he can barely put into words. Harry's and Danny's lives are deeply intertwined and as they approach the one-year anniversary of a tragedy that shook their friend group to its core, Danny can't stop asking himself if Harry is truly in love with his girlfriend, Regina Chan.

When Danny digs deeper into his parents' past, he uncovers a secret that disturbs the foundations of his family history and the carefully constructed facade his parents have maintained begins to crumble. With everything he loves in danger of being stripped away, Danny must face the ghosts of the past in order to build a future that belongs to him in this complex, lyrical novel.

Praise For Picture Us In The Light…

*"All together, it's a heady concoction: a compelling story of all kinds
of love and all kinds of heartbreak overlaid with the unveiling of all
kinds of secrets."—BCCB, starred review

*"The author demonstrates exquisite facility with tech-savvy teen-speak
in every scenario and balances the authentic dialogue with elegant
prose."—SLJ, starred review

*"With grace and respect, Gilbert manages to address the existential
quandaries of both second-generation American teens and their immigrant
parents Gilbert methodically lays bare her characters' secrets as if she
was slowly pulling a cloth off a fine painting."—Booklist, starred review

"Picture Us in the Light illuminates the intricate bonds that draw us together. Danny Cheng, a young artist growing up amongst Ivy-League minded peers, will break your heart into a million pieces, and then quietly put it back together. Impressively layered and real."—Stacey Lee, 2017 Pen Center USA Literature Award Winning Author of Outrun the Moon

"A novel as radiant as its title suggests. Picture Us in the Light is fierce proof that Kelly Loy Gilbert is one of the best writers around."—David Arnold, New York Times bestselling author of Mosquitoland

"A searing exploration of buried secrets and the heart-wrenching ways
that they can tear child from parent, friend from friend and a community
from its long-held identity."—Sabaa Tahir, #1 New York Times bestselling author of An Ember in the Ashes

"Few books have ever moved me like this masterful story that pulses with
love, loss, quiet hurts, and soaring dreams. An instant classic."—Jeff Zentner, William C. Morris Award winning author of The Serpent King and Goodbye Days

Kelly Loy Gilbert believes deeply in the power of stories to illuminate a shared humanity and give voice to complex, broken people. She is the author of Conviction, a William C. Morris Award finalist, and lives in the SF Bay Area. She would be thrilled to hear from you on Twitter @KellyLoyGilbert or at www.KellyLoyGilbert.com.