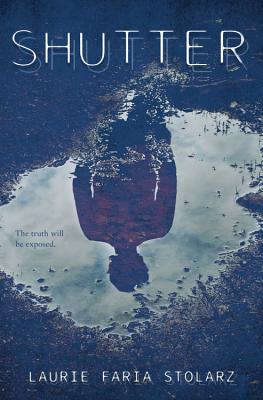 * Julian Roman, age sixteen, is an escapee from the Fairmount County Juvenile Detention Facility.
* His parents, Michael Roman and Jennifer Roman, are dead.
* Julian is wanted for murder.

THE QUESTIONS
* Why is Julian Roman on the run?
* Just how dangerous is he?
* And who did kill Michael and Jennifer Roman, if not Julian?

Sixteen-year-old Day Connor views life through the lens of her camera, where perspective is everything. But photographs never tell the whole story. After Day crosses paths with Julian, the world she pictures and the truths she believes-neatly captured in black and white-begin to blur.

Julian is not the "armed and dangerous" escapee the police are searching for, but his alibis don't quite add up, either. There is more to his story. This time, Day is determined to see the entire picture . . . whatever it reveals. Did he? Or didn't he?

Day digs deeper into the case while Julian remains on the run. But the longer her list of facts becomes, the longer the list of questions becomes, too. It's also getting harder to deny the chemistry she feels for him. Isit real? Or is she being manipulated?

Day is close to finding the crack in the case. She just needs time to focus before the shutter snaps shut.

Laurie Faria Stolarz is a master of suspense and romance. Shutter will keep readers guessing until the very end.

Laurie Faria Stolarz is the author of Welcome to the Dark House, Return to the Dark House, and the Touch series, as well as Project 17; Bleed; and the highly popular Blue Is for Nightmares; White Is for Magic; Silver Is for Secrets; Red Is for Remembrance; and Black Is for Beginnings. Born and raised in Salem, Massachusetts, Stolarz attended Merrimack College and received an MFA in creative writing from Emerson College in Boston. For more information, please visit www.LaurieStolarz.com.
Loading...
or
Not Currently Available for Direct Purchase