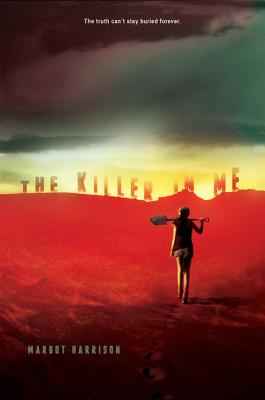 The Killer in Me

Hasn't he lived long enough? Why not? I could take him like a thief in the night.

This is how the Thief thinks. He serves death, the vacuum, the unknown. He's always waiting. Always there.

Seventeen-year-old Nina Barrows knows all about the Thief. She's intimately familiar with his hunting methods: how he stalks and kills at random, how he disposes of his victims' bodies in an abandoned mine in the deepest, most desolate part of a desert.

Now, for the first time, Nina has the chance to do something about the serial killer that no one else knows exists. With the help of her former best friend, Warren, she tracks the Thief two thousand miles, to his home turf-the deserts of New Mexico.

But the man she meets there seems nothing like the brutal sociopath with whom she's had a disturbing connection her whole life. To anyone else, Dylan Shadwell is exactly what he appears to be: a young veteran committed to his girlfriend and her young daughter. As Nina spends more time with him, she begins to doubt the truth she once held as certain: Dylan Shadwell is the Thief. She even starts to wonder . . . what if there is no Thief?

Praise For The Killer in Me…

*"Harrison expertly shapes a sharp, tense narrative, told alternately in Nina and Warren's points of view, as Nina confronts terrifying personal truths and must fight for everything she holds dear. Taut storytelling and believable characters make this a standout mystery, with paranormal notes adding another layer of complexity."—Publishers Weekly, starred review

"The narrative simmers with tender secrets, mystifying memories, and supernatural connections. While the debut thriller's twists and turns will draw readers in, it is the novel's palpable heart that guarantees they won't let go."—Booklist

"Flowing and expressive prose paints a clear picture of Nina and Warren as they follow the Thief, wavering between certainty and doubt, both with regard to the killer and each other. The teens are smart, self-aware, believable characters, and a budding romance between the two adds another layer to the work without detracting from the story line. Nina's secret and multiple plot twists will keep readers guessing until the end... A must-read debut for fans of fast-paced, eerie psychological thrillers who won't mind reading late into the night."—School Library Journal

"The plot twists and turns like a sidewinding rattlesnake through the scorching heat of the desert setting; even savvy readers won't be able to trust their instincts until all the clues line up, just before a startling ending brings painful emotional impact for Nina and Warren."—BCCB

Margot Harrison is an award-winning journalist living in Vermont. She is also the author of The Glare and The Killer in Me. Find her on Instagram and Twitter at @MargotFHarrison.
Loading...
or
Not Currently Available for Direct Purchase