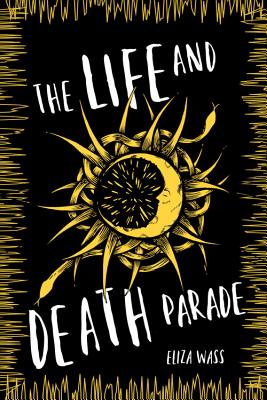 The Life and Death Parade

One year ago, Kitty's boyfriend Nikki Bramley visited a psychic who told him he had no future. Now, he's dead.

With the Bramley family grieving in separate corners of their home, Kitty sets out to find the psychic who read Nikki his fate. Instead she finds Roan, an enigmatic boy posing as a medium who belongs to the Life and Death Parade -- a group of supposed charlatans that explore, and exploit, the thin veil between this world and the next. A group whose members include the psychic . . . and Kitty's late mother.

Desperate to learn more about the group and their connection to Nikki, Kitty convinces Roan to return to the Bramley house with her and secures a position for him within the household. Roan quickly ingratiates himself with the Bramleys, and soon enough it seems like everyone is ready to move on. Kitty, however, increasingly suspects Roan knows more about Nikki than he's letting on. And when they finally locate the Life and Death Parade, and the psychic who made that fateful prophecy to Nikki, Kitty uncovers a secret about Roan that changes everything.

From rising star Eliza Wass comes a sophisticated, mesmerizing meditation on the depths of grief and the magic of faith. After all, it only works if you believe it.

Praise For The Life and Death Parade…

"This haunting tale has the atmospherics of Yovanoff's The Replacement, blending mysticism, danger, and a love that lasts beyond death. Eerie before erupting into full-blown creeps, this gothic mystery has a strong, pragmatic heroine at its core, but even she isn't immune to the hope offered by belief gone dangerously wrong."—The Bulletin of the Center for Children's Books

"This story is dark and completely entwined with different mystical theories and philosophies, with several unexpected twists and turns... for readers interested in exploring the area between life and death, and whether or not it is possible to ever truly come back to those who loved them."—School Library Journal

"An enigmatic story... enlivened by undercurrents of dark magic."—Kirkus Reviews

Eliza Wass is a freelance writer, editor and journalist. She comes from Southern California where she was one of nine perfect children with two perfect parents. She has thousands of friends, all of whom either come in a dust jacket or post obsessively on Twitter. Eliza spent seven years in London with the most amazing man in the world, her late husband Alan Wass of Alan Wass and the Tourniquet, who inspired her to pursue her dreams and live every day of her life. Visit her website at www.elizawass.com and follow her on Twitter @lovefaithmagic.
Loading...
or
Not Currently Available for Direct Purchase