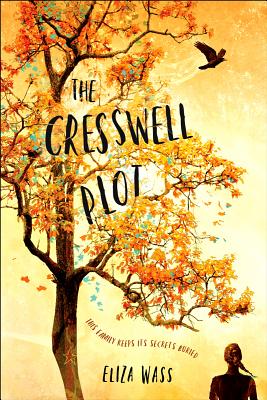 The woods were insane in the dark, terrifying and magical at the same time. But best of all were the stars, which trumpeted their light into the misty dark.

Castella Cresswell and her five siblings-Hannan, Caspar, Mortimer, Delvive, and Jerusalem- know what it's like to be different. For years, their world has been confined to their ramshackle family home deep in the woods of upstate New York. They abide by the strict rule of God, whose messages come directly from their father.

Slowly, Castley and her siblings start to test the boundaries of the laws that bind them. But, at school, they're still the freaks they've always been to the outside world. Marked by their plain clothing. Unexplained bruising. Utter isolation from their classmates. That is, until Castley is forced to partner with the totally irritating, totally normal George Gray, who offers her a glimpse of a life filled with freedom and choice.

Castley's world rapidly expands beyond the woods she knows so well and the beliefs she once thought were the only truths. There is a future waiting for her if she can escape her father's grasp, but Castley refuses to leave her siblings behind. Just as she begins to form a plan, her father makes a chilling announcement: the Cresswells will soon return to their home in heaven. With time running out on all of their lives, Castley must expose the depth of her father's lies. The forest has buried the truth in darkness for far too long. Castley might be their last hope for salvation.

Praise For The Cresswell Plot…

"One of the best books I've read this year."—Louise O?Neill, author of Only Ever Yours and Asking For It

"As dark and lovely-and, at times, as chilling-as a midnight stroll through the deepest woods. Wass is a startlingly brilliant new voice with a can't-miss debut."—Kiersten White, New York Times best-selling author of And I Darken and Paranormalcy

"A breathtaking, gut-wrenching coming-of-age saga. Readers will be swept into the Cresswells' claustrophobic world and ache for them long after it's set aflame . . . [A] page-turner along the compulsive lines of Flowers in the Attic."—Kirkus Reviews

"Gripping."—The Bulletin of the Center for Children's Books

"Wass's novel delivers one emotional blow after another... Castley's narration never falters in this harrowing portrait of a family undergoing desperate change."—Horn Book

"A debut novel you definitely don't want to miss... You'll be captivated by its dark, rich world."—Bustle

Eliza Wass is a freelance writer, editor and journalist. She comes from Southern California where she was one of nine perfect children with two perfect parents. She has thousands of friends, all of whom either come in a dust jacket or post obsessively on Twitter. Eliza spent seven years in London with the most amazing man in the world, her late husband Alan Wass of Alan Wass and the Tourniquet, who inspired her to pursue her dreams and live every day of her life. Visit her website at www.elizawass.com and follow her on Twitter @lovefaithmagic.
Loading...
or
Not Currently Available for Direct Purchase