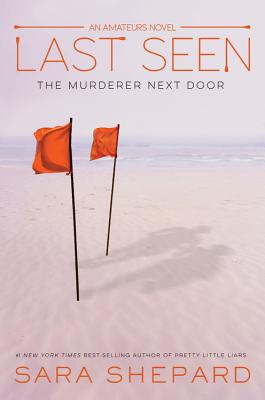 Someone will get burned. Shy and musically gifted nine-year-old Damien Dover went missing from his home in the Catskills two months ago. The trail has gone cold, with no new leads.

When the killer they know all too well tasks Seneca, Maddox, and Madison with solving the case and finding the boy, they can't imagine what his interest in the tragedy could be. But with Aerin kidnapped and at the twisted mastermind's mercy, her friends have no choice but to play his game and try to solve the puzzle.

As the three amateur sleuths hit the Jersey Shore to gather clues, they begin to uncover the true background of the killer, and the horrors that shaped him into who he is. The scavenger hunt leads them to a serial criminal, a former victim, and dark secrets they could never have seen coming.

Aerin struggles to play nice with the person who killed her sister while her friends work feverishly against the ticking clock to save her life. Every clue they uncover leads them closer to Aerin--and to the killer. But will he really let Aerin go... or does he have one more murderous surprise in store?

With nail-biting suspense, twisted secrets, and nonstop action, this final installment in #1 New York Times best-selling author Sara Shepard's The Amateurs series will shock even the savviest of readers with its big reveal.

Praise For Last Seen (The Amateurs #3)…

"The most chilling book in the series... The stakes have been raised to a whole new level... Come to Last Seen for the conclusion of this sweeping mystery, but stay for who these characters have become, and who they're continuing to grow into."—Hypable

Sara Shepard is the author of the Amateurs trilogy, as well as the New York Times bestselling series, Pretty Little Liars and The Lying Game. Her duology The Perfectionists is now a TV show on Freeform. She graduated from NYU and has an MFA from Brooklyn College. Visit her online at @sarabooks on Twitter and Snapchat, and @saracshepard on Instagram.
Loading...
or
Not Currently Available for Direct Purchase