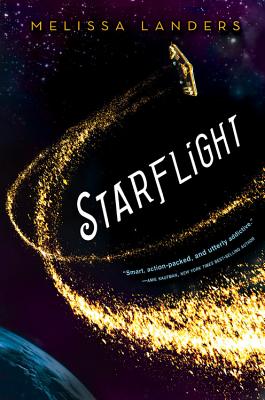 Solara Brooks needs a fresh start, someplace where nobody cares about the engine grease beneath her fingernails or the felony tattoos across her knuckles. The outer realm may be lawless, but it's not like the law has ever been on her side.
Still, off-world travel doesn't come cheap; Solara is left with no choice but to indenture herself in exchange for passage to the outer realm. She just wishes it could have been to anyone besides Doran Spaulding, the rich, pretty-boy quarterback who made her life miserable in school.
The tables suddenly turn when Doran is framed for conspiracy on Earth, and Solara cons him into playing the role of her servant on board the Banshee, a ship manned by an eccentric crew with their own secrets. Given the price on both Doran and Solara's heads, it may just be the safest place in the universe.
It's been a long time since Solara has believed in anyone, and Doran is the last person she expected to trust. But when the Banshee's dangerous enemies catch up with them, Solara and Doran must come together to protect the ship that has become their home-and the eccentric crew that feels like family.

"Teens will be bracing themselves during the swashbuckling space pirate action scenes... A great choice for fans of raw sci-fi action, reminiscent of the lawlessness presented in the television series Firefly."
—School Library Journal

"This is a lively tale of romance, space pirates, conspiracy, and made (as opposed to genetic) families. Over the course of the book, all the characters round out nicely, as does the romance... Landers has a firm hand on the plot, which includes a rousing fight scene or two, as well as a nifty twist at the end."

"A thought-provoking take on a familiar story of integration. Fans... who like their star-crossed lovers served up with a side of sci-fi, will find this satisfying and relish the possibility of sequels."
—
BCCB

"Filled with intrigue and suspense, this book will appeal to both sci-fi and contemporary YA fiction fans."
—
VOYA

"Readers will love the seamless blend of suspense, humor, and romance set against an interstellar landscape. Dual narratives and a tightly plotted mystery keep the suspense running high, and the chemistry between Aelyx and Cara smolders. This is a fun, genre-blending series that is sure to appeal to a wide audience and will only gain traction as it continues."
—
Booklist

Melissa Landers is a former teacher who left the classroom to pursue other worlds. A proud sci-fi geek, she isn't afraid to wear her Princess Leia costume in publicâ??just ask her embarrassed kids. She lives outside Cincinnati in the small town of Milford, Ohio, where she writes romantic space adventures for teens and the young at heart.
Loading...
or support indie stores by buying on