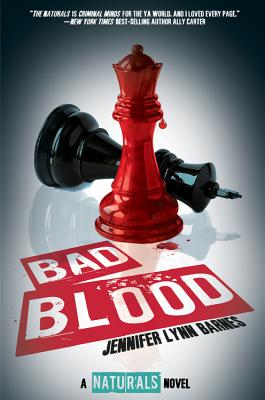 The Naturals are faced with their most chilling mysteries yet, in this stunning conclusion to the Naturals series by Jennifer Lynn Barnes, #1 New York Times bestselling author of The Inheritance Games.

When Cassie Hobbes joined the FBI's Naturals program, she had one goal: uncover the truth about her mother's murder. But now, everything Cassie thought she knew about what happened that night has been called into question. Her mother is alive, and the people holding her captive are more powerful -- and dangerous -- than anything the Naturals have faced so far. As Cassie and the team work to uncover the secrets of a group that has been killing in secret for generations, they find themselves racing a ticking clock. New victims. New betrayals. New secrets.

When the bodies begin piling up, it soon becomes apparent that this time, the Naturals aren't just hunting serial killers.

Praise For Bad Blood (The Naturals #4)…


PRAISE FOR THE NATURALS

* "[A] tightly paced suspense novel that will keep readers up until the wee hours to finish."—VOYA (starred review)

"It's a stay-up-late-to-finish kind of book, and it doesn't disappoint."—Publishers Weekly