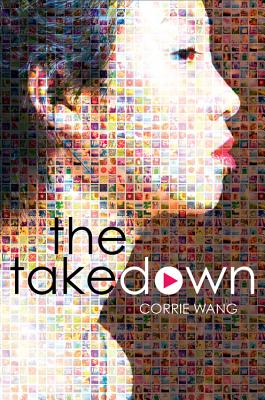 Kyla Cheng doesn't expect you to like her. For the record, she doesn't need you to. On track to be valedictorian, she's president of her community club, a debate team champ, plus the yummy Mackenzie Rodriguez has firmly attached himself to her hip. But a week before college applications are due, a video of Kyla "doing it" with her crush-worthy English teacher is uploaded to her school's website. It instantly goes viral, but here's the thing: it's not Kyla in the video.

With time running out, Kyla delves into a world of hackers, haters and creepy stalkers in an attempt to do the impossible-take something off the internet-all while dealing with the fallout from her own karmic footprint. Set in near-future Brooklyn, where privacy is a bygone luxury and every perfect profile masks damning secrets, The Takedown is a stylish, propulsive, and provocative whodunit, asking who would you rely on if your tech turned against you?

Praise For The Takedown…

Corrie Wang owns and operates Jackrabbit Filly, a friendly neighborhood restaurant in Charleston, South Carolina. She is passionate about libraries, recycling, and eating all the food, everywhere. Her previous novel, The Takedown, received much love from the New York Public Library and YALSA. She and her husband, Shuai, live in a cozy yellow house with their pups, Moose and Olive. To find out very little about her, visit corriewang.com or follow her on Instagram @corrie_wang.
Loading...
or support indie stores by buying on