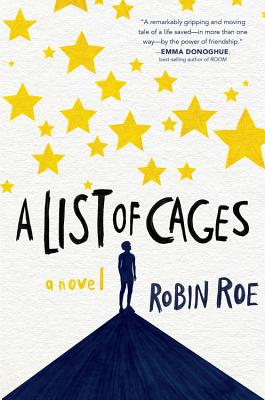 This "gripping and moving" story of two foster brothers sharply examines the impact of loss, grief, and abuse (Emma Donohgue, bestselling author of Room) -- and celebrates the power of friendship. When Adam Blake lands the best elective ever in his senior year, serving as an aide to the school psychologist, he thinks he's got it made. Sure, it means a lot of sitting around, which isn't easy for a guy with ADHD, but he can't complain, since he gets to spend the period texting all his friends. Then the doctor asks him to track down the troubled freshman who keeps dodging her, and Adam discovers that the boy is Julian -- the foster brother he hasn't seen in five years. Adam is ecstatic to be reunited. At first, Julian seems like the boy he once knew. He's still kind hearted. He still writes stories and loves picture books meant for little kids. But as they spend more time together, Adam realizes that Julian is keeping secrets, like where he hides during the middle of the day, and what's really going on inside his house. Adam is determined to help him, but his involvement could cost both boys their lives. First-time novelist Robin Roe relied on life experience when writing this exquisite, gripping story featuring two lionhearted characters.

"Emotion courses through every sentence of this novel, whether it is love, compassion, or bone-chilling cruelty. A triumphant story about the power of friendship and of truly being seen."—Kirkus Reviews (starred review)

"A page-turner with a lot of compassion."—Booklist (starred review)

A remarkably gripping and moving tale of a life saved--in more than one way--by the power of friendship."—Emma Donoghue, best-selling author of Room

"As inspiring as it is heartbreaking, A List of Cages is a hero story you will never forget."—Tamara Ireland Stone, best-selling author of Every Last Word

"A poignant, hopeful story about loss, grief, abuse, and the transformative power of friendship."—Amber Smith, New York Times best-selling author of The Way I Used to Be

"Written with honesty and compassion, this book will resonate with a wide range of readers."—Publishers Weekly (starred review)

"This is Roe's first novel, and it's impressive. Julian's and Adam's perspectives alternate . . . moments of beauty and humor interspersed with scenes of abuse and violence."
—The New York Times Book Review

Robin Roe has a bachelor’s degree from Cornell University and a master’s from Harvard. She counseled adolescents in Boston before she moved to Dallas to become a high school special education teacher. Her debut novel A List of Cages was named one of the Best Young Adult Books of the Year by Goodreads, Chapters Indigo, EpicReads, BookPage, Powell’s Books, The Texas Library Association, News & Observer, and Buzzfeed. She invites you to find her on Twitter @robinroewriter.
Loading...
or
Not Currently Available for Direct Purchase