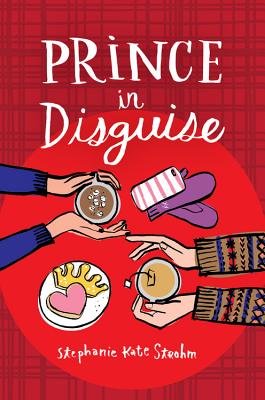 Someday I want to live in a place where I never hear “You’re Dusty’s sister?” ever again.Life is real enough for Dylan—especially as the ordinary younger sister of Dusty, former Miss Mississippi and the most perfect, popular girl in Tupelo. But when Dusty wins the hand of the handsome Scottish laird-to-be Ronan on the TRC television network’s crown jewel, Prince in Disguise, Dylan has to face a different kind of reality: reality TV.

As the camera crew whisks them off to Scotland to film the lead-up to the wedding, camera-shy Dylan is front and center as Dusty’s maid of honor. The producers are full of surprises—including old family secrets, long-lost relatives, and a hostile future mother-in-law who thinks Dusty and Dylan’s family isn’t good enough for her only son. At least there’s Jamie, an adorably bookish groomsman who might just be the perfect antidote to all Dylan’s stress . . . if she just can keep TRC from turning her into the next reality show sensation.

Praise For Prince in Disguise…

"Hilarious... full of bubbly dialogue... It captures the best of British rom-coms with its grand gestures, big musical numbers, and swoony romantic moments, all set against a dreamy, snowy backdrop... A solid romantic comedy."—Xpress Reviews

Stephanie Kate Strohm is the author of Prince in Disguise; Love a la Mode; The Date to Save; It's Not Me, It's You; That's Not What I Heard; and Restless Hearts (Katy Keene #1.) She lives and writes in Los Angeles. You can find her online at www.stephaniekatestrohm.com and on Twitter and Instagram @stephkatestrohm.
Loading...
or
Not Currently Available for Direct Purchase