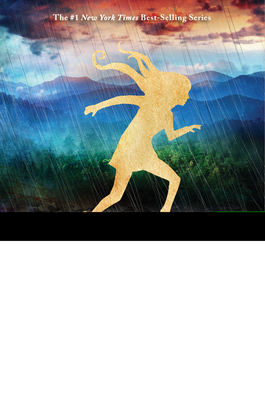 Serafina and the Splintered Heart (The Serafina Series Book 3)

"From the first gripping page, the book pulses with action and intrigue... Each character continues to surprise both one another and readers with their emotional complexity. A captivating, edge-of-your-seat, action-packed fantasy." —Kirkus, starred review

The storms are coming....
Something has happened to Serafina. She has awoken into a darkness she does not understand, scarred from a terrible battle, only to find that life at Biltmore Estate has changed in unimaginable ways. Old friends do unthinkable things and enemies seem all around.
A mysterious threat moves towards Biltmore, a force without a name, bringing with it violent storms and flooding that stands to uproot everything in its path. Serafina must uncover the truth about what has happened to her and find a way to harness her strange new powers before it's too late.
With only days to achieve the impossible, Serafina fights to reclaim herself as the Guardian of Biltmore, friend of Braeden, daughter of her Pa, and heroine of the Blue Ridge Mountains and all the folk and creatures that call it home.
In the epic third installment of Robert Beatty’s #1 bestselling series, Serafina takes her rightful place among literary champions as she battles fiercely to defend all she loves and become everything that she is meant to be.
Read the whole series!

"Along with empowering themes about friendship, choosing right over wrong, and perseverance, Beatty again crafts a dark fantasy with bone-chilling imagery, suspense, and unique supernatural elements... This compelling continuation of the intriguing series revisits puzzling themes, multifaceted characters, and nonstop action, all set against the beautiful Biltmore locale in Asheville, NC."—School Library Journal

"Rich, gothic atmosphere...With masterful storytelling, the twists and turns will lead the reader through each strand of the author's articulately weaved web... Beatty's poetic language and skilled use of dialect makes for an appealing children's historical fiction book."—Deseret News

"There's a pervasive and chilling creepiness to this third novel... Any young readers looking for a light supernatural thrill, as well as fans of the first two installments, will be hooked."—Booklist

*"From the first gripping page, the book pulses with action and intrigue... Each character continues to surprise both one another and readers with their emotional complexity. A captivating, edge-of-your-seat, action-packed fantasy."—Kirkus, starred review

"Beatty spins an enchanting mystery through lonely Serafina's golden eyes... Each new clue adds another brush stroke to this keenly perceptive portrait of a young girl searching for answers about herself and the world around her. The book leaves readers satisfied with the plot but hungry for more about its unusual heroine. Adults and children will eagerly follow Serafina from the basement into a world of self-discovery, justice, and new friendships."—Kirkus

"Serafina narrates with an engaging voice that draws the reader into her world. The setting is just as engaging: the Biltmore drips with opulence and the surrounding forest with sufficient eeriness... Serafina has enough mystery and fantasy (with a fair amount of creepiness) to satisfy young readers."—Historical Novel Society

"Serafina's quest to understand herself and her unknown family history, along with some truly creepy moments and imagery... makes for an eerie historical mystery."—Publishers Weekly

"The chills and adventure will... surely please."—Booklist

"The story drips with suspense, wrapping readers in to the narrative just as easily as the man in the black cloak binds his young victims. Serafina's friendship with Braeden is heartfelt and believable... mystery fans will enjoy this book... A creepy, suspenseful read."—School Library Journal

"The vast estate with a haunted past and a creepy present makes for an atmospheric setting, and Serafina's multiple narrow escapes from her enemy are absolutely thrilling. Serafina herself is an enchanting heroine, brave and determined, and her attraction to the dark forest adds another layer of suspense and mystery."—BCCB

"The characterization is solid, and the powerful imagery that made the first installment such a success is more consistent here. Readers who enjoyed the first novel will not be disappointed in this continuation and will anxiously await the next exciting adventure... Eerie gothic imagery, a ferociously scrappy heroine, and an elegant setting combine seamlessly to create a captivating mystery that will be well received by fans."—School Library Journal

Robert Beatty lives in the mountains of Asheville, North Carolina, with his wife and three daughters. He writes full-time now, but in his past lives he was one of the pioneers of cloud computing, the founder/CEO of Plex Systems, the co-founder of Beatty Robotics, and the CTO and chairman ofNarrativemagazine. Visit him online at www.robert-beatty.com.
Loading...
or support indie stores by buying on