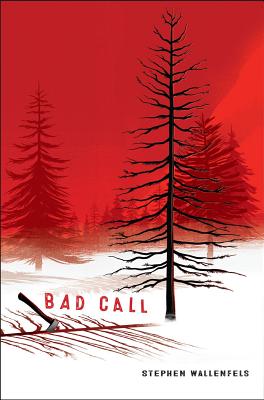 It was supposed to be epic.

During a late-night poker game, tennis teammates Colin, Ceo, Grahame, and Rhody make a pact to go on a camping trip in Yosemite National Park. And poker vows can't be broken.

The first sign that they should ditch the plan is when Rhody backs out. The next is when Ceo replaces him with Ellie, a girl Grahame and Colin have never even heard of. And then there's the forest fire at their intended campsite. But instead of bailing, they decide to take the treacherous Snow Creek Falls Trail to the top of Yosemite Valley. From there, the bad decisions really pile up.

A freak storm is threatening snow, their Craigslist tent is a piece of junk, and Grahame is pretty sure there's a bear on the prowl. On top of that, the guys have some serious baggage (and that's not including the ridiculously heavy ax that Grahame insisted on packing) and Ellie can't figure out what their deal is.

And then one of them doesn't make it back to the tent.

Desperate to survive while piecing together what happened, the remaining hikers must decide who to trust in this riveting, witty, and truly unforgettable psychological thriller that reveals how one small mistake can have chilling consequences.

"A gripping, well-paced thriller that strikes a menacing tone, this will appeal to those looking for a good scare."—Kirkus

Stephen Wallenfels is an avid outdoorsman from Richland, Washington. He was a freelance writer in the health and fitness field for many years, and now works as the IT and creative director at a large fitness company. Stephen's first novel, Pod, has been published in six languages. Find him online at stephenwallenfels.com.
Loading...
or
Not Currently Available for Direct Purchase