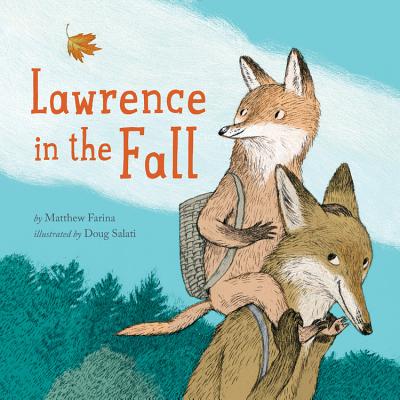 Lawrence in the Fall

When Lawrence Fox's teacher announces that students will be presenting their collections at show-and-tell, Lawrence realizes he doesn't have anything to share.

Luckily, Papa knows just what to do to help! Together, they venture into the woods. Lawrence is scared at first, but as he grows comfortable in the forest, he starts to recognize its magic, and how beautiful and unique each tree and leaf is, allowing him to gather a splendid, one-of-a-kind collection of his own!

Praise For Lawrence in the Fall…

"Readers will want to head out to discover a collection of their own."—Kirkus Reviews

"This delightful seasonal story will inspire its young audience to do some leaf collecting of their own."—SLJ

Matthew Farina is a painter and writer based in New York City. His reviews and essays have appeared in the Brooklyn Rail, Hyperallergic, ArtCritical, and elsewhere. Matthew received a BFA from the University of Pennsylvania and an MFA from the School of Visual Arts. Lawrence in the Fall is his first book. Find Matthew online at matthewfarina.com.

Doug Salati is an illustrator living in New York City. He received his MFA from the Illustration as Visual Essay program at the School of Visual Arts and was a 2015 Sendak Fellow. He is also the illustrator of In a Small Kingdom by Tomie dePaola. See more of Doug's work online at www.dougsalati.com.
Loading...
or support indie stores by buying on