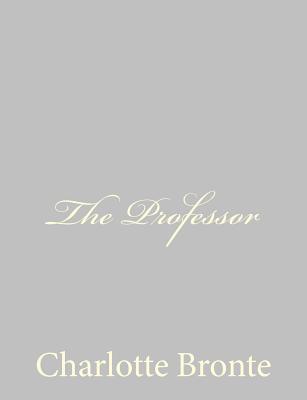 The Professor was the first novel by Charlotte Bronte. It was originally written before Jane Eyre and rejected by many publishing houses, but was eventually published posthumously in 1857 by approval of Arthur Bell Nicholls, who accepted the task of reviewing and editing of the novel.
Plot introduction
The book is the story of a young man, William Crimsworth, and is a first-person narrative from his perspective. It describes his maturation, his loves and his eventual career as a professor at an all-girls school.
The story starts off with a letter William has sent to his friend Charles, detailing his refusal to his uncle's proposals to become a clergyman, as well as his first meeting with his rich brother Edward. Seeking work as a tradesman, William is offered the position of a clerk by Edward. However, Edward is jealous of William's education and intelligence and treats him terribly. By the actions of the sympathetic Mr. Hunsden, William is relieved of his position and gains a new job at an all-boys boarding school in Belgium.
The school is run by the friendly M. Pelet, who treats William kindly and politely. Soon, William's merits as a professor reach the ears of the headmistress of the neighbouring girls school. Mlle. Reuter offers him a position at her school, which he accepts. Initially captivated by Mlle. Reuter, William begins to entertain ideas of falling in love with her, only to have them crushed when he overhears her and M. Pelet talk about their upcoming marriage.
Slightly heartbroken, he now treats Mlle. Reuter with a cold civility and begins to see the underlying nature of her character. Mlle. Reuter, however, continues to try to draw William back in, pretending to be benevolent and concerned. She goes so far as to plead him to teach one of her young teachers, Frances, who hopes to improve her skill in languages. William sees in this pupil promising intelligence and slowly begins to fall in love with her as he tutors her English.
Jealous of the attention Frances is receiving from William, Mlle. Reuter takes it upon herself to casually dismiss Frances from her school and hide her address from William. It is revealed that as she was trying to make herself amiable in William's eyes, Mlle. Reuter accidentally fell in love with him herself. Not wanting to cause a conflict with M. Pelet, Crimsworth leaves his establishment and moves out, in hopes of finding Frances.
Eventually bumping into his beloved pupil in a graveyard, the two reconcile. William gets a new position as a professor at a college, with an exceedingly high wage. The two eventually open a school together and have a child. After obtaining financial security, the family travels all around England and settle in the countryside next to Mr. Hunsden.

Charlotte Bronte (21 April 1816 - 31 March 1855) was an English novelist and poet, the eldest of the three Bronte sisters who survived into adulthood and whose novels are English literature standards. She wrote Jane Eyre under the pen name Currer Bell."
or support indie stores by buying on
Copyright © 2020 American Booksellers Association