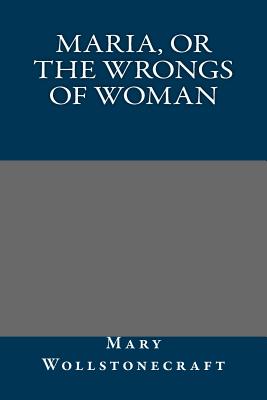 Maria, or the Wrongs of Woman

THE PUBLIC are here presented with the last literary attempt of an author, whose fame has been uncommonly extensive, and whose talents have probably been most admired, by the persons by whom talents are estimated with the greatest accuracy and discrimination. There are few, to whom her writings could in any case have given pleasure, that would have wished that this fragment should have been suppressed, because it is a fragment. There is a sentiment, very dear to minds of taste and imagination, that finds a melancholy delight in contemplating these unfinished productions of genius, these sketches of what, if they had been filled up in a manner adequate to the writer's conception, would perhaps have given a new impulse to the manners of a world. The purpose and structure of the following work, had long formed a favourite subject of meditation with its author, and she judged them capable of producing an important effect. The composition had been in progress for a period of twelve months. She was anxious to do justice to her conception, and recommenced and revised the manuscript several different times. So much of it as is here given to the public, she was far from considering as finished, and, in a letter to a friend directly written on this subject, she says, "I am perfectly aware that some of the incidents ought to be transposed, and heightened by more harmonious shading; and I wished in some degree to avail myself of criticism, before I began to adjust my events into a story, the outline of which I had sketched in my mind."* The only friends to whom the author communicated her manuscript, were Mr. Dyson, the translator of the Sorcerer, and the present editor; and it was impossible for the most inexperienced author to display a stronger desire of profiting by the censures and sentiments that might be suggested.