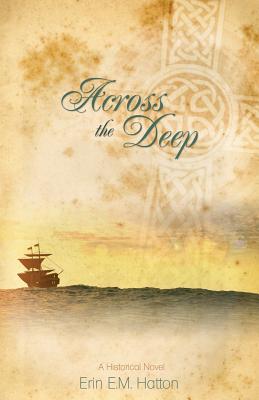 John Mackilligen is a Covenanter, an illegal Scottish Presbyterian minister in a time when anti-Anglican sentiment is considered treason. Can he hold to his promise even if it means he could lose everything he has-including his freedom and his life?

Over a century later, his kinsman, William McKillican, pastors a Congregational flock. But when his people are displaced to make room for sheep, he must decide whether to follow them to the backwoods of Canada with all its hardships, or leave them alone in the wilderness.

Inspired by the example of her grandfather, Jennie McKillican, a spinster nurse, embarks on the greatest adventure yet-a mission to China. Yet in the midst of spiritual revival, a threat arises that could endanger the lives of every Christian in the country.

Three true stories. Three different centuries. Three generations woven together in a living chain...calling to each other "Across the Deep."

About the Author: Erin Elisabeth Margaret Hatton is an author from Barrie, Ontario, with a lifelong passion for writing, particularly historical fiction and fantasy. She graduated from Redeemer University College with degrees in Education and Music. She makes her home with husband, Kevin, and four young children. Her published works include several short stories, six novellas, and two books: an urban fantasy-romance novel entitled "Otherworld," for which she was shortlisted for the Grace Irwin Award, and a Regency-era romance anthology called "To Woo a Lady.