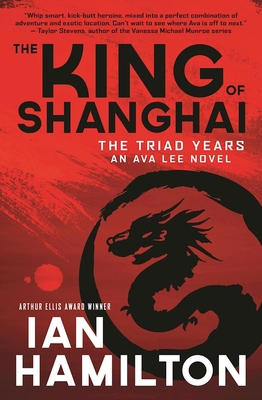 The King of Shanghai (Paperback)

Ava Lee is a young Chinese-Canadian forensic accountant, specializing in recovering debts and stolen money for wealthy clients. At 115lbs., she hardly seems a threat, but her razor sharp intellect and resourcefulness allow her to succeed where traditional methods have failed. In The King of Shanghai, Ava is mourning the death of her longtime business partner and mentor, "Uncle" Chow Tung. Looking to start fresh, Ava steps into a new business venture with her friend May Ling Wong and her sister-in-law Amanda. On a trip to China, Ava meets with a young man named Xu, who Uncle had been mentoring and who is also the head of the Triad in Shanghai. Xu makes an audacious business proposal that she and May are compelled to consider. Meanwhile, separately and privately, he confides to Ava that he intends to run for the chairmanship of the Triad Societies and attempts to recruit her as his adviser and confidante. Against her will, Ava becomes enmeshed in Triad warfare and her future is threatened . . .