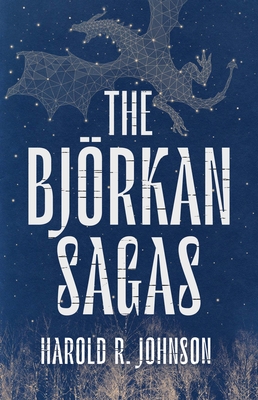 Drawing upon his Cree and Scandinavian roots, Harold R. Johnson merges myth, fantasy, and history in this epic saga of exploration and adventure.

While sorting through the possessions of his recently deceased neighbour, Harold Johnson discovers an old, handwritten manuscript containing epic stories composed in an obscure Swedish dialect. Together, they form The Bj rkan Sagas.

The first saga tells of three Bj rkans, led by Juha the storyteller, who set out from their valley to discover what lies beyond its borders. Their quest brings them into contact with the devious story-trader Anthony de Marchand, a group of gun-toting aliens in search of Heaven, and an ethereal Medicine Woman named Lilly. In the second saga, Juha is called upon to protect his people from invaders bent on stealing the secrets contained within the valley's sacred trees. The third saga chronicles the journey of Lilly as she travels across the universe to bring aid to Juha and the Bj rkans, who face their deadliest enemy yet.

The Bj rkan Sagas is a bold, innovative fusion of narrative traditions set in an enchanted world of heroic storytellers, shrieking Valkyries, and fire-breathing dragons.