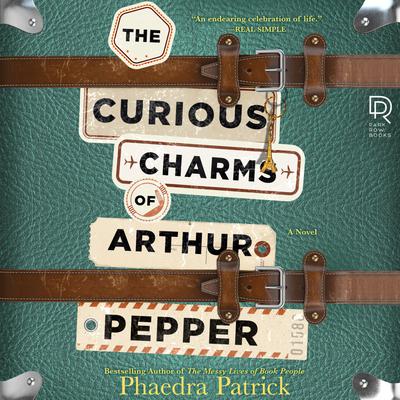 In this poignant and sparkling debut, a lovable widower embarks on a life-changing adventure
Sixty-nine-year-old Arthur Pepper lives a simple life. He gets out of bed at precisely 7:30 a.m., just as he did when his wife, Miriam, was alive. He dresses in the same gray slacks and mustard sweater-vest, waters his fern, Frederica, and heads out to his garden.
But on the one-year anniversary of Miriam's death, something changes. Sorting through Miriam's possessions, Arthur finds an exquisite gold charm bracelet he's never seen before. What follows is a surprising and unforgettable odyssey that takes Arthur from London to Paris and as far as India in an epic quest to find out the truth about his wife's secret life before they met—a journey that leads him to find hope, healing and self-discovery in the most unexpected places.
Featuring an unforgettable cast of characters with big hearts and irresistible flaws, The Curious Charms of Arthur Pepper is a curiously charming debut and a joyous celebration of life's infinite possibilities.

Phaedra qualified firstly as a stained glass artist before gaining her professional Marketing qualifications. She has worked as a waitress, stained glass designer, film festival organiser and communications manager.

She enjoyed her first real writing success when she entered and won several short story competitions, and she now writes full time.

Phaedra lives in Saddleworth, UK, with her husband, son and cat, where she enjoys walking, eating chocolate, and arts and crafts. Her idea for The Curious Charms of Arthur Pepper emerged as she showed her own childhood charm bracelet to her young son and told him the stories behind each of the charms.