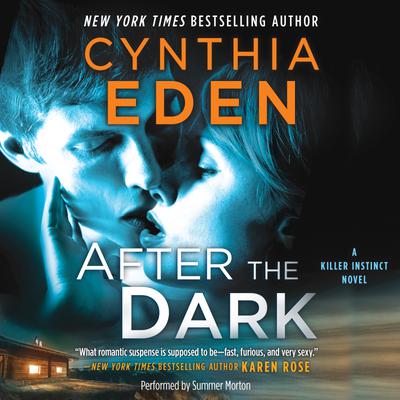 In this gripping new series by New York Times bestselling author Cynthia Eden, a disgraced FBI profiler must save her reputation by stopping a sadistic killer she knows all too well

Former FBI agent Samantha Dark was one of the most respected profilers in the bureau, an expert on the twisted minds and dark hearts of the most depraved criminals. But when her own former lover turned out to be the serial killer she was hunting, Samantha's career was destroyed. Blamed for the FBI's failure on the complex case, Samantha left Washington, DC, for the quiet anonymity of Alabama.

Now an all-too-familiar killer is hunting once again. She can catch the cunning assassin, but that means putting her trust in her former partner, Blake Gamble. Ex-military, Blake is tough, protective, precise. With her entire life on the brink, she knows he wants her back in the FBIand possibly more.

But someone else wants her, too. A threat is waiting in the dark, a killer who has set his sights on the ultimate trophy victimSamantha.

Cynthia Eden is a New York Times and USA Today best-selling author. She writes dark tales of  romantic suspense and paranormal romance. Her books have received starred reviews from Publishers Weekly, and  was named a 2013 RITA® finalist for best romantic suspense. Cynthia lives in the Deep South, loves horror movies, and has an addiction to chocolate. More information about Cynthia may be found at www.cynthiaeden.com.