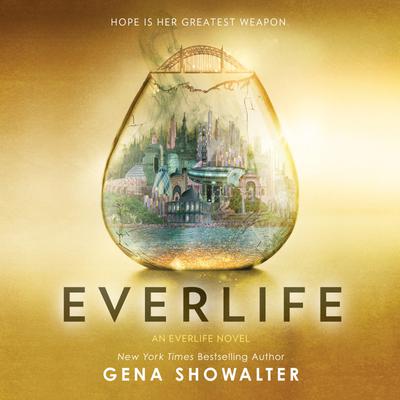 Don’t miss the EPIC CONCLUSION to the Everlife novels, a series fans calls “vividly unique,” “unforgettable” and “exhilarating.” New from Gena Showalter, author of the New York Times bestselling The White Rabbit Chronicles, comes a series finale that will keep you on the edge of your seat rooting for the characters until the very last page. "Utterly unique and absolutely riveting—I couldn’t put it down! What a marvelously cool world." —Sarah J. Maas, New York Times bestselling author, on Firstlife STAND TOGETHER OR FALL ALONE. THE FATE OF THE EVERLIFE HANGS IN THE BALANCE. At seventeen years old, Tenley “Ten” Lockwood had to make the ultimate choice—where to live after she died. Loyalty to her selected realm has not wavered…until now. She is out of time. Sacrifices must be made, and a terrible price must be paid. But is she too late? As the Everlife descends into darkness, a single truth becomes clear: Troika and Myriad must unite—or perish. In order to bring sworn enemies together, Ten must enter forbidden territory…and destroy the powerful Prince of Ravens. But there’s only one way inside—bonding with Killian Flynn, a deadly rival who sets her blood aflame. When nothing goes as planned and betrayal leads to the edge of utter defeat, Ten and Killian will have to rebuild trust from the ashes of their hearts. Victory seems impossible, the odds stacked against them. In the end, how far will they be willing to go for the sake of their realms and the Everlife? “Lifeblood ramps up the action ‘Ten’fold—don’t miss this exhilarating sequel to Firstlife!” —P.C. Cast, #1 New York Times bestselling author “Firstlife…illuminat[es] the depths of human resilience and the power of love, even in the darkest hours.” —Kresley Cole, #1 New York Times bestselling author of the Arcana Chronicles “I couldn’t stop rooting for Ten, an unforgettable and powerful heroine who is obsessed with numbers, creates the coolest reverse poems, and fascinates the baddest bad boy Showalter has ever written.” —Kristin Cast, #1 New York Times bestselling author, on Firstlife “Raw, edgy and dark—Firstlife will leave you craving more.” —Wendy Higgins, New York Times bestselling author of the Sweet series

Gena Showalter is the New York Times and USA TODAY bestselling author of over fifty books, including the acclaimed Lords of the Underworld and Angels of the Dark series, and the White Rabbit Chronicles. She writes sizzling paranormal romance, heartwarming contemporary romance, and unputdownable young adult novels, and lives in Oklahoma City with her family and menagerie of dogs. Visit her at GenaShowalter.com.