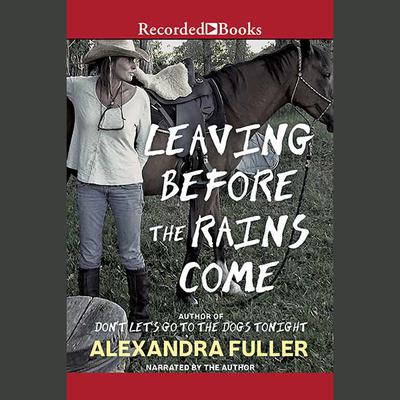 As her marriage collapses, the author of the international bestseller Don't Let's Go to the Dogs Tonight relearns the fearless ways of her father to find her own true north. Standing in the wreckage of her marriage, in her adopted country America, Alexandra Fuller revisits the continent she loves and finds in her father's harsh, simple and uncompromising ways the key to her salvation. Casting a fresh eye on her parent's boisterous strengths and debilitating weaknesses, painting a vivid picture of America at the end of decades of false certainty and security, and revealing her Africa, vital and resilient, Leave Before the Rains Come is an astonishment - a memoir of such grace and intelligence, wit and courage that only Alexandra Fuller could have written it.
Loading...