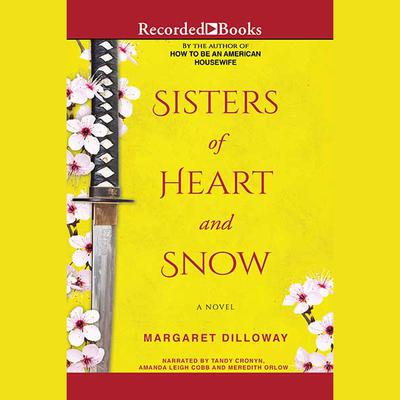 The award-winning author of How to Be and American Housewife returns with a poignant story of estranged sisters, forced together by family tragedy, who soon learn that sisterhood knows no limits. Rachel and Drew Snow may be sisters, but their lives have followed completely different paths. Married to a wonderful man and is a mother to two strong-minded teens, Rachel hasn't returned to her childhood home since being kicked out by her strict father after an act of careless teenage rebellion. Drew, her younger sister, followed her passion for music but takes side jobs to make ends meet and longs for the stability that has always eluded her. Both sisters recall how close they were, but the distance between them seems more than they can bridge. When their deferential Japanese mother, Haruki, is diagnosed with dementia and gives Rachel power of attorney, Rachel's domineering father, Killian becomes enraged. In a rare moment of lucidity, Haruki asks Rachel for a book in her sewing room, and Rachel enlists her sister's help in the search. The book--which tells the tale of real-life female samurai Tomoe Gozen, an epic saga of love, loss, and conflict during twelfth-century Japan-reveals truths about Drew and Rachel's relationship that resonate across the centuries, connecting them in ways that turn their differences into assets.
Loading...