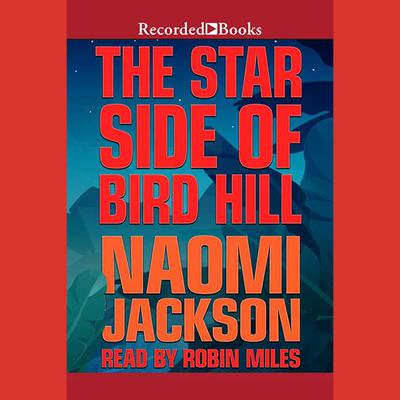 The Star Side of Bird Hill (Digital Audiobook)

“In the summer of 1989, sisters Dionne and Phaedra -- aged 16 and 10, respectively -- are shuttled from their Brooklyn life to their grandmother Hyacinth's home in Barbados. Dionne is filled with palpable teenage angst and the desire for romance, while Phaedra prefers to experience the mysteries of Bird Hill with her grandmother. Both girls have a tentative curiosity about their mother's early life on the island, but it is not until their father shows up unexpectedly that they question their very identities and what it means to be 'home.' Reminiscent of Jamaica Kincaid, Jackson's coming-of-age tale makes Barbados spring from the page with humor, beauty, and heartbreak.”
— Amanda Hurley, Inkwood Books, Tampa, FL
View the List

Two sisters are suddenly sent from their home in Brooklyn to Barbados to live with their grandmother, in this stunning debut novel This lyrical novel of community, betrayal, and love centers on an unforgettable matriarchal family in Barbados. Two sisters, ages ten and sixteen, are exiled from Brooklyn to Bird Hill in Barbados after their mother can no longer care for them. The young Phaedra and her older sister, Dionne, live for the summer of 1989 with their grandmother Hyacinth, a midwife and practitioner of the local spiritual practice of obeah. Dionne spends the summer in search of love, testing her grandmother's limits, and wanting to go home. Phaedra explores Bird Hill, where her family has lived for generations, accompanies her grandmother in her role as a midwife, and investigates their mother's mysterious life. This tautly paced coming-of-age story builds to a crisis when the father they barely know comes to Bird Hill to reclaim his daughters, and both Phaedra and Dionne must choose between the Brooklyn they once knew and loved or the Barbados of their family. Jackson's Barbados and her characters are singular, especially the wise Hyacinth and the heartbreaking young Phaedra, who is coming into her own as a young woman amid the tumult of her family.
Loading...