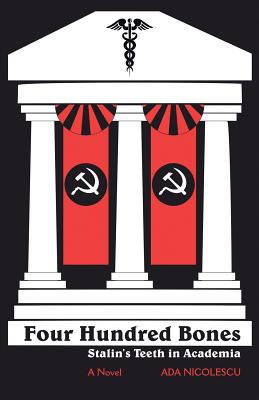 This book is about "Stalinism" and the "Thought Police" in academia during the Communist regime. The setting is the School of Medicine in Bucharest, Romania. The year is 1949.

With the Communist takeover, Western biology and medicine are declared an Imperialist enemy science and only Soviet Pavlovism and Lysenkoism are accepted. All Western textbooks are banned from the library and interdicted. Individuals who do not conform to the new directives are dismissed and arrested. The irony is that the present Communist leaders are the ex-Fascists of the past Nazi dictatorship.

(During World War II, Romania was allied with Hitler's Germany.) The main protagonist of the book, Peter, the young science-loving technician devoted to and inspired by the principles of his old mentors, is locked in a serious conflict with the new, opportunistic authority figures. He is determined not to give in to their pressure.

Ada Nicolescu was born in Bucharest, Romania, where she survived World War II and Stalin's Communism. In 1961, she immigrated to Paris, France. In October 1961, she arrived in New York. At present, she is a psychiatrist in private practice in Manhattan. She has published two other books: Prelude in Black and Green, and The Black and the Green.
Loading...
or support indie stores by buying on