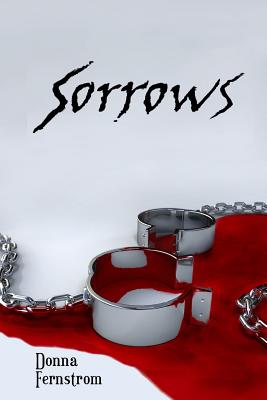 Wrenched from his ordinary life by a violent madman and turned into a vampire against his will, Jayson Wallace must learn to adapt to a world he never knew existed; a world full of magic and wonder, where vampires, donors, and shapeshifting rael-shaa travel between quantum realities. It's a dream come true... but not his dream. His sleep is haunted by blood and fear, and a terrifying voice that he cannot shake from his memory. The Circle who rescued him do their best to help, but a terrible betrayal sets off a cascade of events that give them problems of their own to deal with.

Despite a growing relationship with a beautiful young donor, and a strong friendship with a lupine shapeshifter, Jay finds it difficult to accept the contrast between the idyllic reality before him, and the brutal torture he endured. To make matters worse, somewhere, out there, the monster who changed him still runs free...

Born in 1973, and raised in Michigan, Donna Fernstrom has been an avid reader since early childhood, with a particular fondness for science fiction, fantasy, and horror. She is also a psionics practitioner, and has been involved with the online energy-worker community since the early 90s, so she knows when the things she writes about don't match reality, (but loves to sneak in a bit of reality anyhow). She breeds ball pythons, and runs a metaphysical business. She is married to a wonderful Swedish man, and has two children, a son and daughter. She currently lives in a house full of snakes and books, in Nebraska, while waiting to become rich enough to own a cow.
or
Buy Here
Copyright © 2020 American Booksellers Association