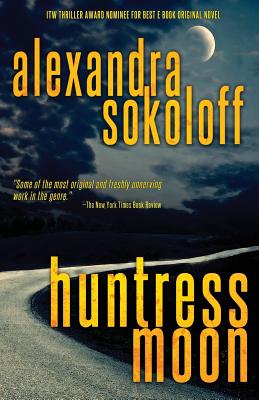 Alexandra Sokoloff is the Thriller Award-winning and Bram Stoker, Anthony, and Black Quill Award-nominated author of the supernatural thrillers THE HARROWING, THE PRICE, THE UNSEEN, BOOK OF SHADOWS, THE SHIFTERS, and THE SPACE BETWEEN, and the new, Thriller Award-nominated Huntress/FBI thriller series (HUNTRESS MOON, BLOOD MOON, COLD MOON). The New York Times Book Review called her a "daughter of Mary Shelley," and her books "Some of the most original and freshly unnerving work in the genre." As a screenwriter she has sold original horror and thriller scripts and adapted novels for numerous Hollywood studios. She has also written two non-fiction workbooks: SCREENWRITING TRICKS FOR AUTHORS and WRITING LOVE, based on her internationally acclaimed workshops and blog (ScreenwritingTricks.com), and has served on the Board of Directors of the WGA, west and the board of the Mystery Writers of America. Alex is a California native and a graduate of U.C. Berkeley, where she majored in theater and minored in everything Berkeley has a reputation for. In her spare time (!) she performs with Heather Graham's all-author Slush Pile Players, and dances - anywhere, any time, any style, with anyone. At all. Learn more at http: //alexandrasokoloff.com Follow: http: //www.facebook.com/alexandra.sokoloff http: //twitter.com/alexsokoloff
Loading...
or
Not Currently Available for Direct Purchase