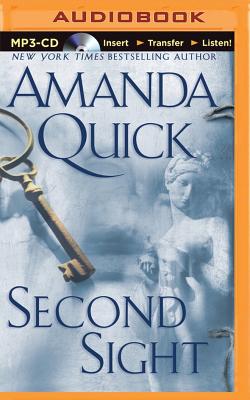 In financial straits and on a sure path to spinsterhood, Venetia Milton thought her stay at the remote, ramshackle Arcane House, far from society's prying eyes, would be a once-in-a-lifetime opportunity to engineer her own ravishment. She was there to photograph the relics and artifacts collected by a highly secretive organization, founded two centuries earlier by an eccentric alchemist. And the alchemist's descendant--her employer, Mr. Gabriel Jones - had the eyes of a sorcerer....

After a night to remember, Venetia is prepared to cherish the memories of her romantic encounter and move on, but she is shattered when, shortly after their night together, she reads of Jones's death in the papers. As a private tribute to her one-time lover, she adopts the name "Mrs. Jones" and the guise of a respectable widow, and embarks on a new career as a fashionable photographer in London, where her unique ability to "see" beyond her subjects and capture that quality in her photography makes her photographs highly prized.

But her romantic whim causes unexpected trouble. For one thing, Mr. Jones is about to stride, living and breathing, back into her life. And the bonds that tie them together include more than just the memory of passion; Venetia's special "double vision" has caught the attention of someone Mr. Jones is tracking--someone who will go to any lengths, even murder, to possess an ancient, extraordinary secret that has been lost for centuries. Someone who believes that as the "wife" of Mr. Jones, Venetia is the key.

Now, as she introduces Gabriel about town as her miraculously back-from-the-dead "husband," Venetia must join him in a perilous quest to track down a dangerous opponent who manages to stay one step ahead. As they explore the darker, wilder underbelly of the modern, scientific Victorian world, they must see through society's illusions--or this time, Gabriel Jones may not be coming from the dead, and neither may Mrs. Jones.