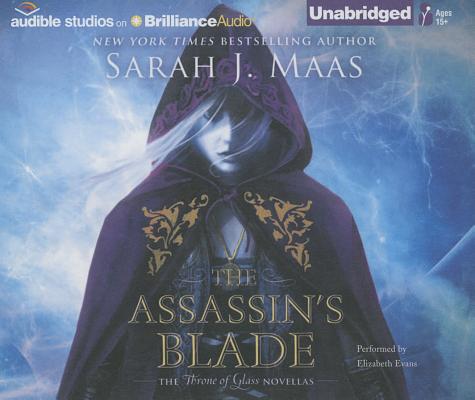 The Throne of Glass Novellas

Celaena Sardothien is her kingdom's most feared assassin. Though she works for the powerful and ruthless Assassin's Guild, Celaena yields to no one and trusts only her fellow killer for hire, Sam.

When Celaena's scheming master, Arobynn Hamel, dispatches her on missions that take her from remote islands to hostile deserts, she finds herself acting independently of his wishes--and questioning her own allegiance. Along the way, she makes friends and enemies alike, and discovers that she feels far more for Sam than just friendship. But by defying Arobynn's orders, Celaena risks unimaginable punishment, and with Sam by her side, he is in danger, too. They will have to risk it all if they hope to escape Arobynn's clutches--and if they fail, they'll lose not just a chance at freedom, but their lives....

A prequel to Throne of Glass, this collection of five novellas offers listeners a deeper look into the history of this cunning assassin and her enthralling--and deadly--world.

Included in this volume: