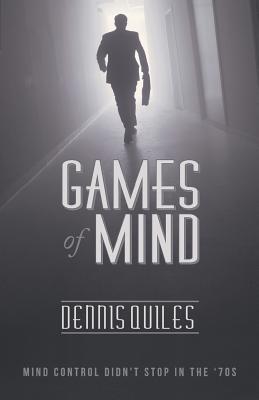 When former naval intelligence officer Jack Steele opens a letter from his aunt, he makes an immediate decision to head to Nome, Alaska. Although he hasn't seen Marie in twenty years, he's concerned when she tells him her husband, Uncle Jimmy, is in trouble. From the moment Jack picks up that envelope, he knows he's about to enter a situation better left alone. But loyalty to family is stronger than a gut feeling.

Jack, a private investigator with Connor, Steele & Harrison Private Investigation Agency lands in Nome and discovers that Lindberg Research Corporation has been using the people of that city as guinea pigs to perfect mind-control research. He has stumbled onto a massive conspiracy that has held hostage the noble people of Nome. The plot threatens America's way of life, the life of the vice president of the United States, and Jack's own survival.

Alone and without his usual resources and special equipment, Jack is overmatched and is nearly killed before he can even scratch the surface of what's really taking place in Nome. Jack must elude an ex-Special Forces Green Beret-a man who has sworn over his dead son to kill Jack-and work around local law enforcement and other mysterious forces in order to save the people of Nome and the vice president of the United States.