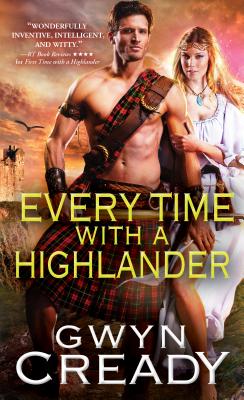 Every Time with a Highlander (Sirens of the Scottish Borderlands #3)

Undine Douglas is playing a dangerous game in the early 1700s, spying on the English to help the Scottish Highland clans. She can work her magic on anyone--except for the sexy distraction she pulled out of the 21st century.

In a quest to bring peace to her beloved Scottish borderlands, fortune-teller and spy Undine Douglas agrees to marry a savage English colonel. Desperate to delay the wedding long enough to undermine the army's plans, Undine casts a spell to summon help and unexpectedly finds herself under the imperious gaze of the handsome and talented Michael Kent, twenty-first century British theater director.

Though he abandoned acting years ago, Michael will play whatever part it takes to guard Undine's safety--he's used to managing London's egocentric actors and high-handed patrons, after all. But not even Shakespeare could have foreseen the sparks that fly when the colonel's plans force Undine and Michael into the roles of their lifetimes.