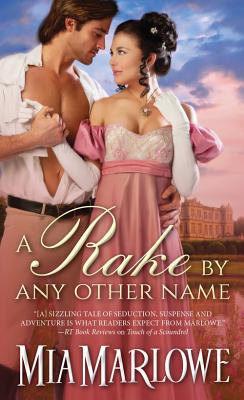 A Rake by Any Other Name (Somerfield Park #1)

"Marlowe shines with a delightful and delicious comedy of errors... Regency fans will love this page turner."--RT Book Reviews

The only way to save his family estate: marry an heiress. But Miss Sophie Goodnight will do anything to sabatoge all his attempts to charm her.

When Richard Barrett, Lord Hartley, is abruptly called home to take the reins of the estate, he discovers the extent of the family's financial straits. The remedy: marry the heiress their families have picked out for him. Unfortunately, he's already planned to marry someone else.

Miss Sophie Goodnight isn't too keen on becoming his purse with feet...and she sabotages all attempts to woo her. But when Lord Hartley discovers the shenanigans in his father's past, he realizes that deciding between two beautiful women is the least of his problems.

"Absolutely terrific Adventure and heat and everything I want in a great story." --Victoria Alexander, #1 New York Times bestseller, on Touch of a Thief
"This sizzling tale of seduction, suspense, and adventure is what readers expect from Marlowe." --RT Book Reviews on Touch of a Scoundrel