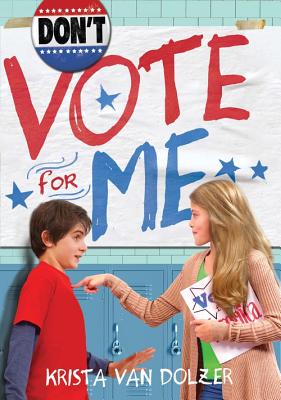 Don't Vote for Me

It's election time, and band geek David is taking on the school's queen bee

It's class president election time, and no one is surprised when Veronica Pritchard-Pratt is the only name on the list. She's the most popular girl in school, a social giant who rules the campaign every single year. David, for one, is sick of the tyranny--which he says. Out loud. When Veronica hears about this, she issues a public challenge to David. With his pride on the line, David accepts his fate and enters the race.

But as the campaign wages on, and David and Veronica are also paired up for a spring musical recital, David learns this Goliath is more than just a social giant--and maybe deserves to win more than he does...