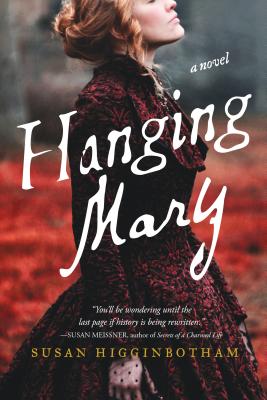 "This is my favorite kind of historical fiction: evocative, deeply moving, and meticulously researched."--Jillian Cantor, author of Margot and The Hours Count

Meet Mary Surratt, the woman who could have saved Lincoln. Find out what stopped her in this vivid reimagining of Lincoln's assassination.

1864, Washington City. One has to be careful with talk of secession, of Confederate whispers falling on Northern ears. Better to speak only when in the company of the trustworthy. Like Mrs. Surratt.

A widow who runs a small boardinghouse on H Street, Mary Surratt isn't half as committed to the cause as her son, Johnny. If he's not delivering messages or escorting veiled spies, he's invited home men like John Wilkes Booth, the actor who is even more charming in person than he is on the stage.

But when President Lincoln is killed, the question of what Mary knew becomes more important than anything else. Was she a cold-blooded accomplice? Just how far would she go to help her son?

Based on the true case of Mary Surratt, Hanging Mary reveals the untold story of those on the other side of the assassin's gun.