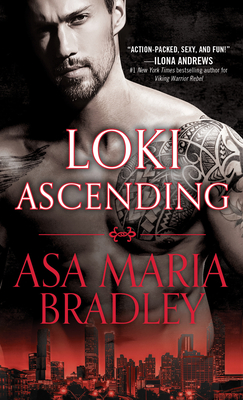 LOKI WANTS THE WORLD TO END
But where mischief lies, heroes may rise
And together they our lives defend.

Although Scott Brisbane is human, he's developed an inner warrior--a berserker that wants to claim Irja Vainio as his own.

Irja is an immortal Viking healer, but she hasn't used her true powers for centuries. The last time she did, someone close to her ended up dead. So instead she relies on medicine and science to protect her tribe while denying her feelings for Scott. There's no space in this Viking's heart for romance.

But the Viking warriors are falling mysteriously ill, and without magic, Irja's knowledge of healing isn't enough. When the trickster god Loki offers her a cure, it comes with a steep price that could cost Irja everything. She needs Scott's help, the man whose loyalty to the Vikings is unmatched, whose love for Irja cannot be broken--and whose inner fury has yet to be unleashed.