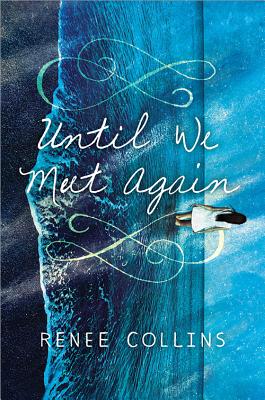 Until We Meet Again

Country clubs and garden parties. The last thing Cassandra wants is to spend the summer before her senior year marooned in a snooty Massachusetts shore town. Cass craves drama and adventure, which is hard when she just feels stuck.

But when a dreamy stranger shows up on her family's private beach, claiming that it is his property-and that the year is 1925-Cass is swept into a mystery a hundred years in the making. As she searches for answers in the present, Cass discovers a truth that thrusts Lawrence's life into jeopardy. It won't matter which century he is from if he won't live to see tomorrow.

Desperate to save the boy who's come to mean everything to her, Cassandra must find a way to change history...or risk losing Lawrence forever.

"Until We Meet Again is tragically beautiful with twists you won't see coming."-Martina Boone, author of Compulsion and the Heirs of Watson Island trilogy

Both Cassandra and Lawrence were struggling with

something at the beginning of the book. Did they find

resolutions by the end? In what ways did each character

spite of the nearly hundred years that separate them? What are some

Why was Cassandra so reluctant to tell Lawrence anything about the

future? Should she have told him more?

Did Lawrence love Fay? Was she true competition for Cassandra?

Was Lawrence destined to die? Or do you think meeting Cassandra

contributed to that? Did her actions in trying to save Lawrence actually

seal his fate? Do you think things would have become deadly with Ned

and his shady business deals no matter what?

Do you think Cassandra could have done something different in her

efforts to save Lawrence? What would you have done in her shoes?

The transformative power of love is a major theme in the novel. How

did Lawrence and Cassandra’s love for each other transform them?

What do you think Cassandra meant when she told Lawrence, “Love is

its own reason,” near the end of the story?

If it had been possible to travel into each other’s time, should the

characters have done so? What sacrifices would they have had to make

to adjust to each other’s worlds? Who would it have been harder for?

If you could meet and fall in love with someone from another time,

which era would you choose?