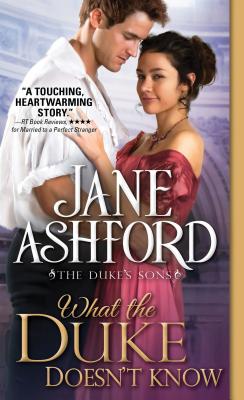 "Ashford soars to new heights of literary excellence by creating a cleverly conceived story that takes all the traditional elements readers love in Regency romances and making everything seem refreshingly new. "--Booklist

After making his fortune overseas, Royal Navy captain James Gresham is ready to settle down with a proper wife, but dark-eyed half-Polynesian Kawena is making that very difficult for him.

Captain James Gresham is the fifth son of the Duke of Langford and has made his fortune in the Royal Navy. The time has come to find a proper wife and establish his home, but the adventurous possibilities of the sea entice him.

Enter Kawena Benson-half-English, half-Polynesian, and all spunk. She has one mission: avenge her father and reclaim the jewels stolen from him. And she has her target: Lord James Gresham. His protests of innocence mean nothing to her. After all, isn't that what every man says when facing down the barrel of a gun?

If James is going to get out of this situation alive, he'll have to throw propriety to the wind and aid Kawena in her quest for vengeance. But will he be able to watch her sail away once her mission is complete?

The Duke's Sons Series:
Heir to the Duke (Book 1)
What the Duke Doesn't Know (Book 2)
Lord Sebastian's Secret (Book 3)
Nothing Like a Duke (Book 4)