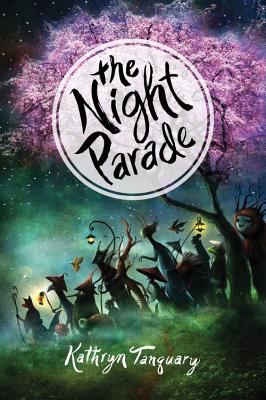 For fans of Coraline and Spirited Away comes a diverse fantasy debut steeped in Japanese mythology about a girl and a deadly curse.

The last thing thirteen-year-old Saki Yamamoto wants to do for her summer vacation is trade in exciting Tokyo for the antiquated rituals and bad cell reception of her grandmother's village. Preparing for the Obon ceremony is boring. Then the local kids take interest in Saki and she sees an opportunity for some fun, even if it means disrespecting her family's ancestral shrine on a malicious dare.

But as Saki rings the sacred bell, the darkness shifts. A death curse has been invoked…and Saki has three nights to undo it. With the help of three spirit guides and some unexpected friends, Saki must prove her worth—or say goodbye to the world of the living forever…

The Night Parade is perfect for:

Fantasy fans and kids 11 to 14 who love Spirited Away

A 2017 Bank Street Best Children's Book of the Year

A Kids' Indie Next Pick


Praise For The Night Parade…

"This adventurous story perfectly mixes Saki’s tech-savvy tendencies with ancient Japanese customs, nicely illustrating the connections between the past and the present." — Bookish.com

"This has significant shades of Hayao Miyazaki’s Spirited Away, and it will appeal especially to readers with an interest in adventure stories and Japanese folklore." — Booklist

"This story will be a hit for those who are fans of The Wizard of Oz and Alice in Wonderland, with its interesting characters and creative plot" — School Library Connection

Kathryn Tanquary is a graduate of Knox College with a B.A. in Creative Writing. She currently resides in Japan as a teacher of English as a Foreign Language in the Gunma Prefecture.